The Generator accommodation brand continues to flourish with the new announcement of a Rome opening in 2014! Over 80 rooms (beds tbc) on seven floors, right in the heart of the Esquilino area – a stone’s throw from Vittorio Emanuele and a quick and easy walk to the wondrous Colosseum.

Josh Wyatt, Director of Hospitality and Leisure at Patron Capital (the London-based private-equity firm that owns Generator), stated ‘The unique history of Rome, coupled with the local character in the immediate neighbourhood of the new Generator, will inspire our design and restaurant ethos to deliver a truly special new concept to Rome.’

Earlier in the year, Generator announced that they had purchased a building in Paris to renovate and open as a 1,000 bed hostel / hotel in 2014. That property is close to Gare du Nord Station, just as this new Rome property is within walking distance to Termini Station. Location is key, as are targeting up and coming areas in the midst of a mini-renaissance. Additional business and employment opportunities to the local areas are widely embraced as Generator brings its unique style to their streets.

This will bring its European total offering to ten properties, making it a truly recognisable, award winning and dominant chain in the niche hostel sector and wider travel industry. Taking the Generator brand into the US market now seems imminent! 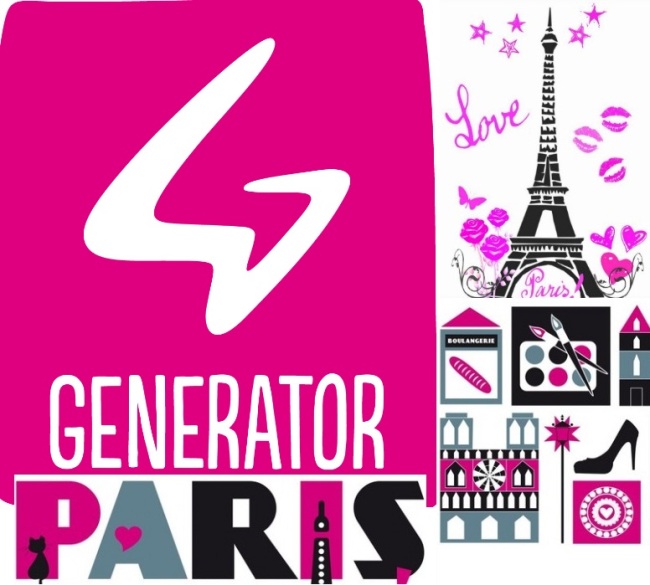 Generator are set to go Parisian chic in Winter 2014! Yes, the secret is out and confirmed on new promotional materials, which first circulated at ‘City Fair’ Wembley at the end of June.

The huge property is located in the 10th Arrondissement, close to  Gare du Nord… and coincidentally just a few blocks from the newest St. Christopher’s hostel to open in Paris.

While St. Christopher have the location (you will see it first as you come out the station), Generator have the beds – almost 1000! By far the biggest hostel bed offering in a hostel in France.

Once the property is fully renovated and individually styled with French flair, it will offer penthouse rooms with private terraces, a vast selection of dorms and private rooms, large bar and nightclub, cafe and lounge and a range of entertainment – making it a premier addition to the haven of arts and cafe culture the area is now bursting with.

The property will have views towards Montmartre and the Sacre Coeur and will obviously be in high demand for both FIT and group bookings, the latter which will be keenly utilised by both buyer and supplier.

So – the question is… which part of the year of Winter 2014 will the property actually be unveiled in all it’s ‘je ne sais quoi’?! That’s something that the Generator are keeping secret for now 😉